"The Grackles" - a series compelled by my simple fascination with these impertinent flying inhabitants, our native and impertinent species of blackbirds.  Each piece attempts to capture the abundance of personality these birds display in their everyday existence.
The third series emerged out of a rather unusual fascination with a particular species of blackbirds, The Grackles (Gallery III).  I did warn you that inspiration can come from some of the simplest things in life.  Great-Tailed Grackles are native and rather prolific birds here in Southeast Texas as well as other regions of the US and Mexico.  Many think of them as pests, probably because of their numbers but it may also be their attitudes.  The Grackles are known as "surly birds" here in Texas. They are rather irreverant of humans and can be bold and impudent in their behavior.  I think they are beautiful to look at but they behave as common riff-raff.  They are ground feeders prefering to walk and scavenge rather than fly which is when they appear more majestic displaying the great tails that are common to the males. 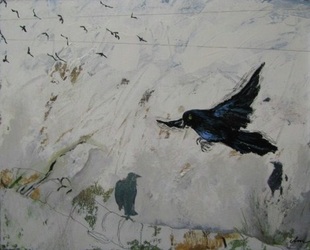 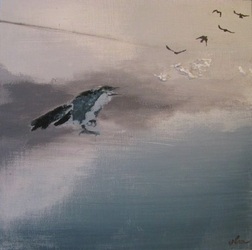 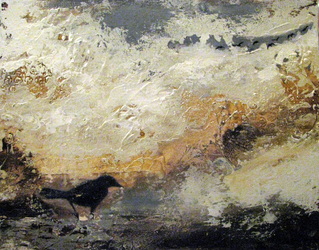 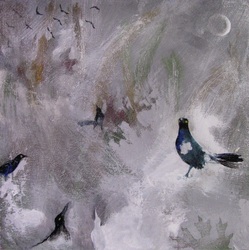 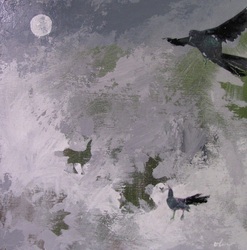 SHOP ONLINE at Fine Art America for my original artwork, prints - on canvas and paper, and greeting cards:
http://fineartamerica.com/shop/vivian-mora.html